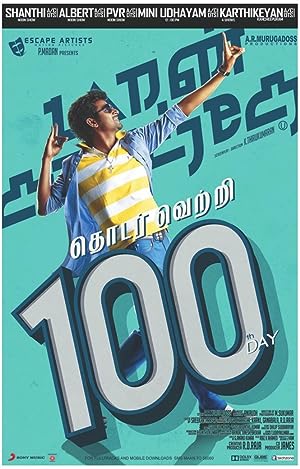 How to Watch Maan Karate 2014 Online in Australia

The cast of Maan Karate

What is Maan Karate about?

Four IT professionals who are on an outdoor trip meet a hermit inside a jungle, who predicts the future by giving them a leading Tamil newspaper which is going to be printed four months later. Going by the news in the daily, they track down Peter (Siva Karthikeyan) a normal middle-class guy who is supposed to win Rs 20 million in the Tamilnadu boxing championship after four months and sign an agreement. Peter who doesn't know anything about boxing is sponsored by these people who train him for the match. Meanwhile, Peter meets Yazhini (Hansika) in a mall and it is instant love for him and in lighting speed she reciprocates. Finally, Peter has to defeat the menacing Killer Peter(Vamsi) in the finals.

Where to watch Maan Karate