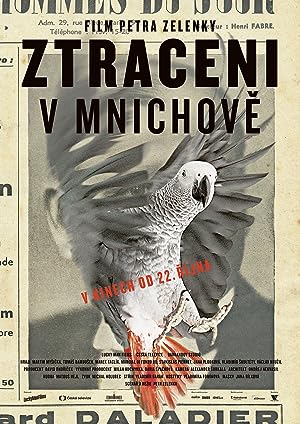 How to Watch Lost in Munich 2015 Online in Australia

The cast of Lost in Munich

What is Lost in Munich about?

Sir "P" a 90 year old gray parrot, formerly living with Edouard Daladier, the French prime minister responsible for signing the Munich Treaty, comes to Prague to give his "account" of the past events. But can he do it, being just a bird? In a series of weird events sir is kidnapped by a Czech journalist undergoing his midlife crisis. The guy has him publicly say some really controversial statements, causing a diplomatic scandal. At the end of the day it is the French who decide to assassinate their own national hero....And that's only the half of the story.

Where to watch Lost in Munich