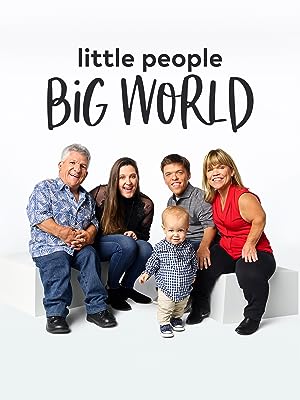 How to Watch Little People, Big World Online in Australia

What is Little People, Big World about?

In the most in-depth television documentation of the lives of Little People, the series follows the Roloffs - an extraordinary family composed of both little and average-sized people. Over six months and for 10 hours per day, the series captured the family's everyday successes and struggles. The result is an intimate view of life as a Little Person. Parents Matt and Amy Roloff are both little people - 4 feet tall - but they are determined to succeed in a world that isn't always accepting of differences. Matt has risen through the ranks of the business world, closing deals with some of Silicon Valley's most well-known companies. After being laid off, Matt decided to pursue his dream of owning his own business. Originally a stay-at-home mom but now holding down two jobs, Amy has raised four children: 15-year-old twins, Jeremy and Zach (Jeremy is average height and Zach is a little person), 12-year-old Molly and 8-year-old Jacob. Together they own and operate Roloff Farms, a sprawling 34-acre farm in Oregon. The Roloffs' accomplishments belie a hard truth: for little people, every day is a challenge. Driving a car, seeing over the counter at a bank or even making a simple trip to the grocery store can quickly become a test in a world that wasn't made for them. In Little People, Big World, viewers look into the lives of the Roloffs as they face the pressure of being little in an average-sized world.

Which streaming providers can you watch Little People, Big World on