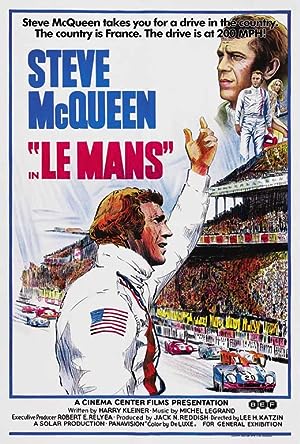 How to Watch Le Mans 1971 Online in Australia

The cast of Le Mans

What is Le Mans about?

Almost in breadth and depth of a documentary, this movie depicts an auto race during the 70s on the world's hardest endurance course: Le Mans in France. The race goes over 24 hours on 14.5 kilometers of cordoned country road. Every few hours the two drivers per car alternate - but it's still a challenge for concentration and material. In the focus is the duel between the German Stahler in Ferrari 512LM and the American Delaney in Gulf Team Porsche 917. Delaney is under extraordinary pressure, because the year before he caused a severe accident, in which his friend Lisa's husband was killed.

Where to watch Le Mans