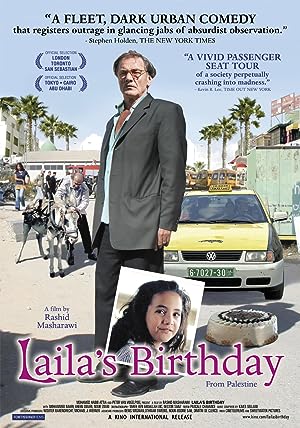 How to Watch Laila's Birthday 2008 Online in Australia

The cast of Laila's Birthday

What is Laila's Birthday about?

Abu Laila used to be a judge, but because the government doesn't have the means to renew his assignment he is forced to be a taxi driver. On the day his daughter Laila becomes seven years old his wife insists that he'll be at home early and bring her a present and a cake. Abu Laila's has nothing else on his mind then completing this mission. But the daily life in Palestine has other plans.

Where to watch Laila's Birthday