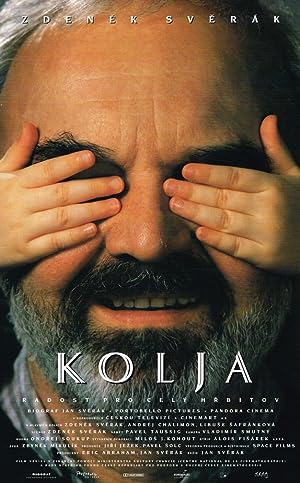 How to Watch Kolya 1996 Online in Australia

What is Kolya about?

Franta Louka is a concert cellist in Soviet-occupied Czechoslovakia, a confirmed bachelor and a lady's man. Having lost his place in the state orchestra, he must make ends meet by playing at funerals and painting tombstones. But he has run up a large debt, and when his friend, the grave-digger Mr. Broz, suggests a scheme for making a lot of money by marrying a Russian woman so that she can get her Czech papers, he reluctantly agrees. She takes advantage of the situation to emigrate to West Germany, to her lover; and leaves her five-year-old son with his grandmother; when the grandmother dies, Kolya must come and live with his stepfather - Louka.

Where to watch Kolya

Which streaming providers can you watch Kolya on

Here is the comprehensive list of streaming providers that will show Kolya in Australia. If Kolya will appear with other providers further down the line, this table will be updated.

The cast of Kolya

Kolya is a great Comedy movie, we’ve selected several other movie options that we think you would like to stream if you have watched Kolya

Kolya is a great comedy show, we’ve selected several other show options that we think you would like to stream if you have watched Kolya