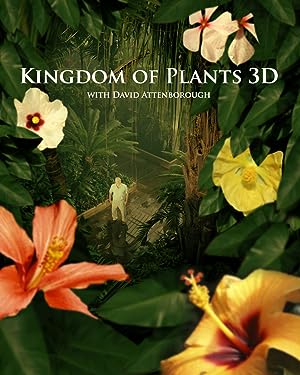 How to Watch Kingdom of Plants 3D Online in Australia

What is Kingdom of Plants 3D about?

3D technology reveals a whole new dimension in the lives of plants, from the most bizarre to the most beautiful. In this sensational series, shot over the course of a year, David Attenborough explores their fascinating world. Using 3D time-lapse and pioneering techniques in 3D macro photography, he traces them from their beginnings on land to their vital place in nature today, exposing new revelations along the way. He moves from our time scale to theirs, revealing the true nature of plants as creatures that are every bit as dynamic and aggressive as animals. David discovers a microscopic world that's invisible to the naked eye, where insects feed and breed, where flowers fluoresce and where plants communicate with each other and with animals using scent and sound. He meets the extraordinary animals and fungi that have unbreakable ties with the plant world, from hawk moths and bats to tiny poison dart frogs, a giant tortoise and a fungus that can control the mind. And he does all this in one unique place, a microcosm of the whole plant world where, some 90% of all known plant species are represented: The Royal Botanic Gardens at Kew. This spectacular adventure through the Kingdom of Plants is so immersive and compelling it has the capacity to amaze even the least green-fingered.

Where to watch Kingdom of Plants 3D

Which streaming providers can you watch Kingdom of Plants 3D on

The cast of Kingdom of Plants 3D