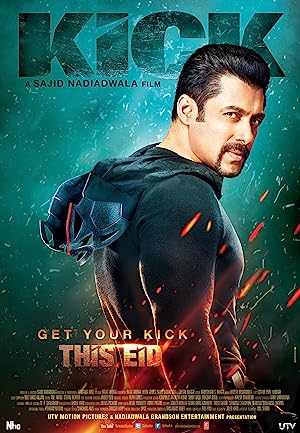 How to Watch Kick 2014 Online in Australia

What is Kick about?

On a train journey in Warsaw, psychiatrist Shaina meets Himanshu, who is a police officer from India to discuss their prospective marriage. Both are reluctant to enter into an arranged union but become friends and strike a deep conversation where Shaina reveals her previous relationship with the eccentric Devi, a man who lived only for his 'Kick' aka an adrenaline rush . Despite his idiosyncrasies they embark on a whirlwind romance, until one day he breaks up with her for a new 'Kick' and walks away never to return. Himanshu in turn regales her with his glorious escapades as an officer but mentions that he has finally met his match, an intelligent thief. What they are both unaware of is that their stories have one thing in common, Devi. He returns to their lives under the pretext of having lost his memory. Behind it all, is a deeper mystery and an uncompromising mission for which Devi is ready to lose his life.

Where to watch Kick

Which streaming providers can you watch Kick on

Here is the comprehensive list of streaming providers that will show Kick in Australia. If Kick will appear with other providers further down the line, this table will be updated.

The cast of Kick

Kick is a great Action movie, we’ve selected several other movie options that we think you would like to stream if you have watched Kick

Kick is a great action show, we’ve selected several other show options that we think you would like to stream if you have watched Kick