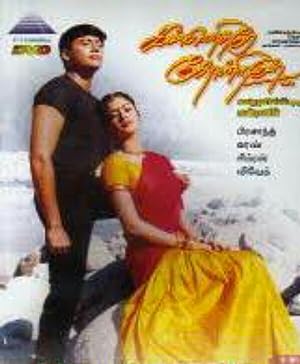 Vasanth (Prashant) falls in love at first sight with a girl (Simran) he once sees at a railway station and keeps bumping into on occasion thereafter. At college Vasanth's best buddy Karan is an unusual chap who won't have any of his friends interact with his family. In time, we find out why this is so, and how that affects Vasanth's future with Simran. Unimaginative fare, pretty standard for the late 90s, early 2000s, with plenty of screen space for Prashanth to work up his 'romantic action star' image.