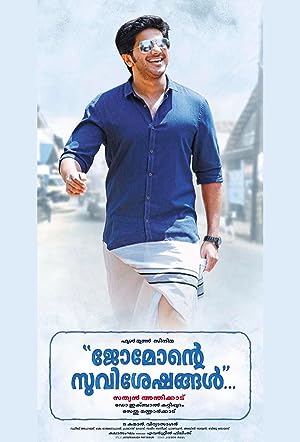 Jomonte suviseshangal is an upcoming Indian Malayalam family drama film directed by Sathyan Anthikkad and written by Iqbal Kuttippuram . The film stars Dulquer Salmaan and Mukesh in the lead roles. Dulquer Salmaan does the role of Jomon, son of a business tycoon named Vincent (Mukesh ) from Thrissur . Muthumani and Vinu Mohan is said to be playing Jomon's older sister and brother. The story revolves around this family and it also concentrates on the father-son relationship.