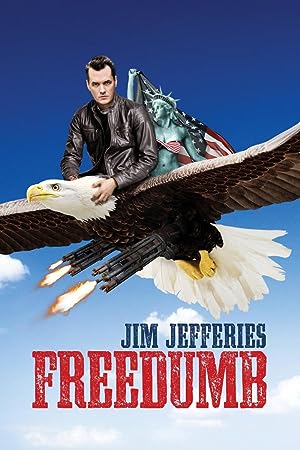 How to Watch Jim Jefferies: Freedumb 2016 Online in Australia

What is Jim Jefferies: Freedumb about?

Jim Jefferies talks about family life and challenges the idea of American freedom live on stage in Nashville, Tennessee.

Where to watch Jim Jefferies: Freedumb

Which streaming providers can you watch Jim Jefferies: Freedumb on

The cast of Jim Jefferies: Freedumb