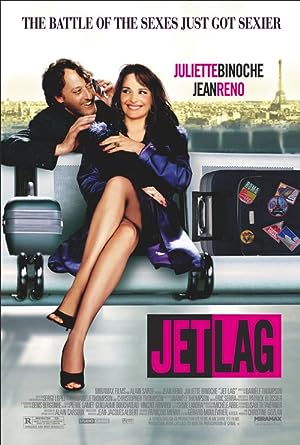 How to Watch Jet Lag 2002 Online in Australia

What is Jet Lag about?

At Charles de Gaulle Airport in Paris, a beautician on her way to a new job in Mexico accidentally meets a cook who is on his way back from America. Labor strikes, bad weather, and pure luck cause the two of them to share a room overnight at the airport Hilton hotel. Will their initial mutual indifference and downright hostility turn into a one night stand or perhaps something more?

Where to watch Jet Lag

Which streaming providers can you watch Jet Lag on

Here is the comprehensive list of streaming providers that will show Jet Lag in Australia. If Jet Lag will appear with other providers further down the line, this table will be updated.

The cast of Jet Lag

Jet Lag is a great Comedy movie, we’ve selected several other movie options that we think you would like to stream if you have watched Jet Lag

Jet Lag is a great comedy show, we’ve selected several other show options that we think you would like to stream if you have watched Jet Lag