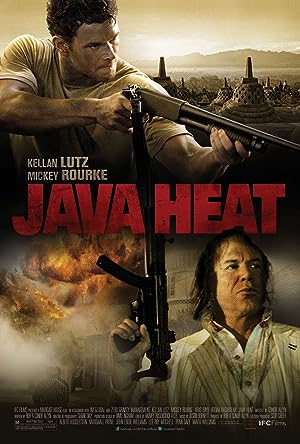 How to Watch Java Heat 2013 Online in Australia

The cast of Java Heat

What is Java Heat about?

Story centers on the aftermath of a suicide bombing in Indonesia, where a reckless American posing as a grad student is bent on vengeance but quickly finds that the world's problems can't be solved with violence alone. A mysterious American Marine/FBI agent Jake Travers (Kellan Lutz) teams with a Muslim cop Hashim (Ario Bayu) to hunt down a dangerous international jewel thief Malik (Mickey Rourke) who kidnaps a Sultan's daughter Sultana (Atiqah Hasiholan) in a plot to steal the royal treasury: exotic intrigue amid ancient palaces, mosques, temples, subterranean labyrinths and stone pyramids in the heart of Java.

Where to watch Java Heat