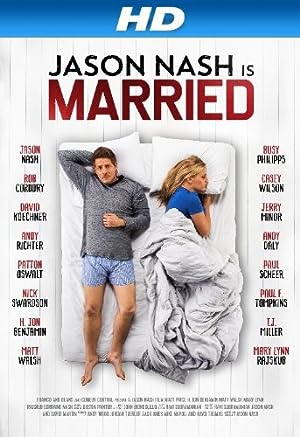 How to Watch Jason Nash Is Married 2014 Online in Australia

The cast of Jason Nash Is Married

What is Jason Nash Is Married about?

Jason is stuck living in the shadows of his more successful wife and two young kids. When debt threatens to destroy his family, he jump-starts his career, a move that sends him down of a rabbit hole of nefarious characters and sociopaths. Along the way, he must confront a pedophile movie star, a chauvinistic therapist, a trust-fund cokehead and a painful discussion about who his wife would marry if he died. Yet when Jason finally finds success he realizes there's more to marriage than just paying the bills.

Where to watch Jason Nash Is Married