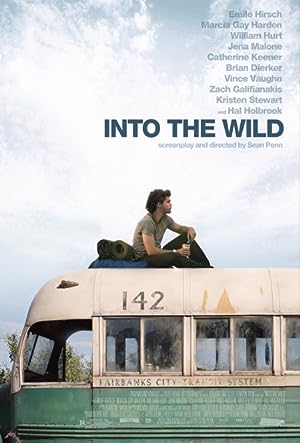 How to Watch Into the Wild 2007 Online in Australia

What is Into the Wild about?

Based on a true story. After graduating from Emory University, Christopher McCandless abandoned his possessions, gave his entire savings account to charity, and hitchhiked to Alaska to live in the wilderness. Along the way, Christopher encounters a series of characters who shape his life.

Where to watch Into the Wild

Which streaming providers can you watch Into the Wild on

Here is the comprehensive list of streaming providers that will show Into the Wild in Australia. If Into the Wild will appear with other providers further down the line, this table will be updated.

The cast of Into the Wild

Into the Wild Trailer

Into the Wild is a great Adventure movie, we’ve selected several other movie options that we think you would like to stream if you have watched Into the Wild

Into the Wild is a great adventure show, we’ve selected several other show options that we think you would like to stream if you have watched Into the Wild

Watch Into the Wild