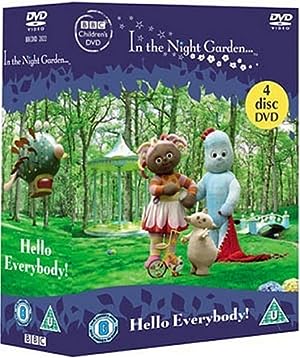 How to Watch In the Night Garden... Online in Australia

What is In the Night Garden... about?

A toddler/infant adventure garden which tip-toes between the twilight state of a child being awake and moving through to a state of sleep. It is somewhat psychedelic, yet to a child it is fun, imaginative, colourful and, as the programme comes to a close, relaxing and sweet.

Where to watch In the Night Garden...

Which streaming providers can you watch In the Night Garden... on

The cast of In the Night Garden...

More adventure tv shows like In the Night Garden...

Watch In the Night Garden...