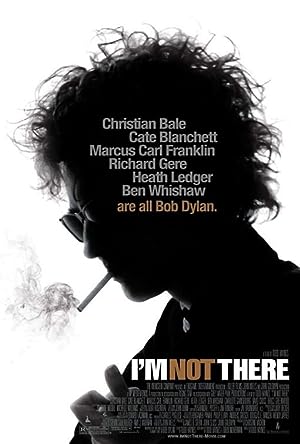 How to Watch I'm Not There 2007 Online in Australia

The cast of I'm Not There

What is I'm Not There about?

Six incarnations of Bob Dylan: an actor, a folk singer, an electrified troubadour, Rimbaud, Billy the Kid, and Woody Guthrie. Put Dylan's music behind their adventures, soliloquies, interviews, marriage, and infidelity. Recreate 1960s documentaries in black and white. Put each at a crossroads, the artist becoming someone else. Jack, the son of Ramblin' Jack Elliott, finds Jesus; handsome Robbie falls in love then abandons Claire. Woody, a lad escaped from foster care, hobos the U.S. singing; Billy awakes in a valley threatened by a six-lane highway; Rimbaud talks. Jude, booed at Newport when he goes electric, fences with reporters, pundits, and fans. He won't be classified.

Where to watch I'm Not There

I'm Not There Trailer