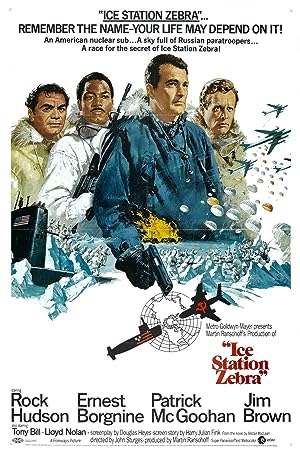 How to Watch Ice Station Zebra 1968 Online in Australia

The cast of Ice Station Zebra

What is Ice Station Zebra about?

Commander James Ferraday, USN, has new orders: get David Jones, a British civilian, Captain Anders, a tough Marine with a platoon of troops, Boris Vasilov, a friendly Russian, and the crew of the nuclear sub USS Tigerfish to the North Pole to rescue the crew of Drift Ice Station Zebra, a weather station at the top of the world. The mission takes on new and dangerous twists as the crew finds out that all is not as it seems at Zebra, and that someone will stop at nothing to prevent the mission from being completed.

Where to watch Ice Station Zebra