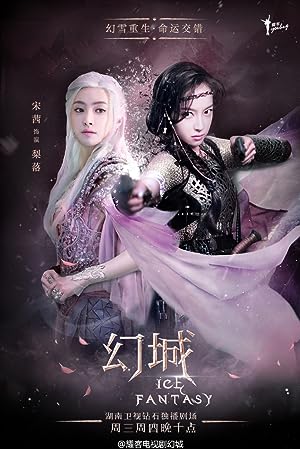 How to Watch Ice Fantasy Online in Australia

What is Ice Fantasy about?

Rue Xen City was under attack by the afore Clan, melting the Ice Curtain built thousands of a years ago to protect the Ice Clan from future Fire Clan disputes. Ko Sua, with help from Kingdon Gaurdian, Li Luo, were now on a journey to retrieve the Six Crystal Leaves in order to restore the great Ice Curtain before Fire King Hou Yi took over and united the three kingdoms.

Where to watch Ice Fantasy

Which streaming providers can you watch Ice Fantasy on

Here is the comprehensive list of streaming providers that will show Ice Fantasy in Australia. If Ice Fantasy will appear with other providers further down the line, this table will be updated.

The cast of Ice Fantasy

Ice Fantasy is a great Adventure movie, we’ve selected several other movie options that we think you would like to stream if you have watched Ice Fantasy

Ice Fantasy is a great adventure show, we’ve selected several other show options that we think you would like to stream if you have watched Ice Fantasy