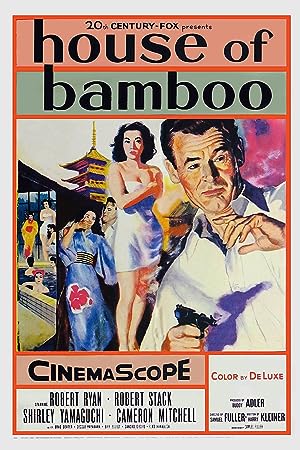 How to Watch House of Bamboo 1955 Online in Australia

The cast of House of Bamboo

What is House of Bamboo about?

In Tokyo, a ruthless gang starts holding up U.S. ammunition trains, prepared to kill any of their own members wounded during a robbery. Down-at-heal ex-serviceman Eddie Spannier arrives from the States, apparently at the invitation of one such unfortunate. But Eddie isn't quite what he seems as he manages to make contact with Sandy Dawson, who is obviously running some sort of big operation, and his plan is helped by acquaintance with Mariko, the secret Japanese wife of the dead American.

Where to watch House of Bamboo