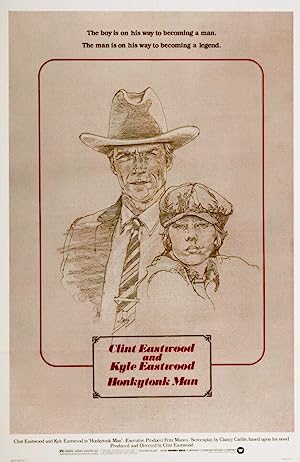 How to Watch Honkytonk Man 1982 Online in Australia

The cast of Honkytonk Man

What is Honkytonk Man about?

As the film opens on an Oklahoma farm during the depression, two simultaneous visitors literally hit the Wagoneer home: a ruinous dust storm and a convertible crazily driven by Red, the missus' brother. A roguish country-western musician, he has just been invited to audition for the Grand Ole Opry, his chance of a lifetime to become a success. However, this is way back in Nashville, Red clearly drives terribly, and he's broke and sick with tuberculosis to boot. Whit, 14, seeing his own chance of a lifetime to avoid "growing up to be a cotton picker all my life," begs Ma to let him go with Uncle Red as driver and protege. Thus begins a picaresque journey both hilarious and poignant.

Where to watch Honkytonk Man