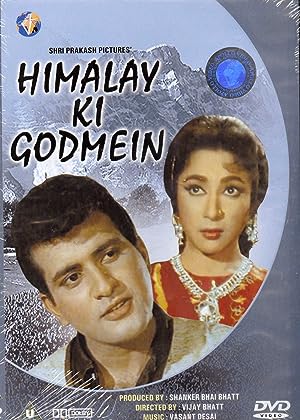 How to Watch Himalay Ki Godmein 1965 Online in Australia

The cast of Himalay Ki Godmein

What is Himalay Ki Godmein about?

Sunil, son of D.I.G. Shyamlal Mehra, is back in India after successful completion of his medical studies. He gets an offer to work with his fiancée Dr. Neeta Verma, in a private hospital but he joins a municipality hospital, instead. According to him medicinal practice is a sacred profession which should not be treated as business. A short visit to a small village inspires Sunil to come and stay at that village and serve poor villagers, who do not have a single doctor in nearby dozens of villages. He comes to the village and sets up a hospital with limited facilities. He encounters village belle Phoolwa and his father Dayal. Phoolwa cooks food for Sunil and also helps him in routine hospital activities. Sunil and Phoolwa fall in love and decides to marry but Dayal opposes this alliance because Phoolwa is not his real daughter but his younger brother dacoit Lakhan's, who wants to kill Sunil since he is son of a police officer who wants to arrest him. Police force raids Lakhan's vicinity to arrest him but he only gets injured and escapes. Dayal and Phoolwa finds and brings him to surrender to the police and get him treated by doctor Sunil. But Lakhan dies. D.I.G. accepts Phoolwa as his daughter in law.

Where to watch Himalay Ki Godmein