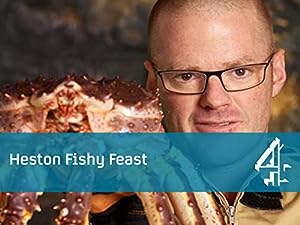 How to Watch Heston's Feasts Online in Australia

What is Heston's Feasts about?

Michelin three-star award winning chef Heston Blumenthal believes the future of food can and needs to be developed from the past, but reinvented to modern sensibilities. He looks to specific historic periods as the inspiration for a series of meals he hopes will be one of the most if not most memorable feasts his guests have ever had. He strives not only to have the food taste good, but for it to be inventive and fun. Going into the meal, his guests have no idea what they will be experiencing.

Where to watch Heston's Feasts

Which streaming providers can you watch Heston's Feasts on

The cast of Heston's Feasts

Heston's Feasts is a great Documentary movie, we’ve selected several other movie options that we think you would like to stream if you have watched Heston's Feasts

Heston's Feasts is a great documentary show, we’ve selected several other show options that we think you would like to stream if you have watched Heston's Feasts