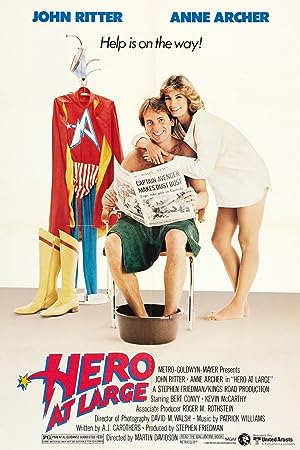 How to Watch Hero at Large 1980 Online in Australia

The cast of Hero at Large

What is Hero at Large about?

An idealistic but struggling actor finds his life unexpectedly complicated when he stops a robbery while wearing the costume of Captain Avenger, a superhero character of a film he is hired to to promote. He decides to dabble at being a superhero only to find that it is more difficult and dangerous than he ever imagined.

Where to watch Hero at Large