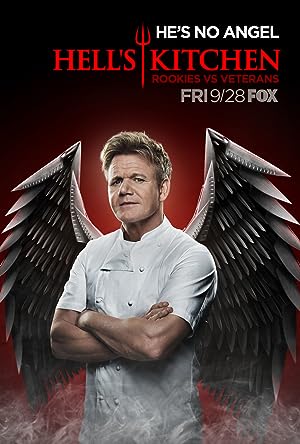 How to Watch Hell's Kitchen Online in Australia

What is Hell's Kitchen about?

World renowned chef Gordon Ramsay puts aspiring young chefs through rigorous cooking challenges and dinner services at his restaurant in Hollywood, "Hell's Kitchen", to determine which one of them will win the head chef position at one of his restaurants or a restaurant located worldwide.

Where to watch Hell's Kitchen

Which streaming providers can you watch Hell's Kitchen on

Here is the comprehensive list of streaming providers that will show Hell's Kitchen in Australia. If Hell's Kitchen will appear with other providers further down the line, this table will be updated.

The cast of Hell's Kitchen

Hell's Kitchen is a great game-show show, we’ve selected several other show options that we think you would like to stream if you have watched Hell's Kitchen