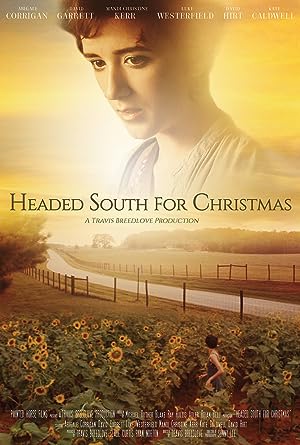 How to Watch Headed South for Christmas 2013 Online in Australia

The cast of Headed South for Christmas

What is Headed South for Christmas about?

A comedic family film that follows MACKENZIE, an angst-ridden 14 year old girl (Abby Corrigan) whose mother died during childbirth. Mackenzie and her father Ash (David Garrett), who is a strong caring man and loves his family, partake on a journey to the quirky South Georgia town of McClellan to visit his sister Sally (Mandi Christine Kerr) for the first time since Mackenzie was little. On the way down, Mackenzie is sullen and irritable because she has to spend her Christmas away from the city (Atlanta) with relatives she doesn't like in a town she is not fond of. Upon arrival to Sally's house, Sally's 8 year old son Tyler (Luke Westerfield) excitedly talks to Mackenzie about Christmas and the Preceding week's Duck Days festivities which Ash reveals is a big tradition in this tiny town. While celebrating the festivities and shopping for Christmas gifts, Mackenzie and Tyler go to see Santa. He is not at his post, but the two teens run into him in the local café. When Tyler is too star-struck to talk to his holiday hero, he asks Mack to take his list to St. Nick. During their conversation, Mack quickly lets Santa know she does not believe in Christmas, Santa, or Duck Days for that matter and her only wish for Christmas would be to meet her mother for the first time. Will her wish come true?

Where to watch Headed South for Christmas