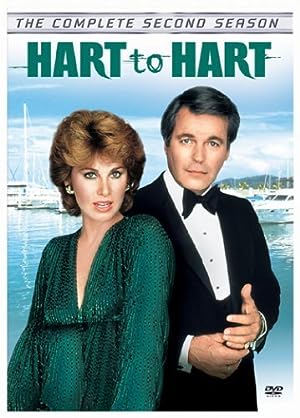 How to Watch Hart to Hart Online in Australia

What is Hart to Hart about?

Jonathan Hart was a self-made millionaire--the CEO of Hart Industries, a global conglomerate. His gorgeous wife Jennifer was a freelance journalist. They were both amateur sleuths, and in every episode found themselves up to their eyeballs in murder, smuggling, theft and international espionage. They also managed to find time to snuggle together, as they loved each other very much. Max was their loyal, gravelly-voiced butler, cook & chauffeur, and Freeway their pet canine.

Where to watch Hart to Hart

Which streaming providers can you watch Hart to Hart on

Here is the comprehensive list of streaming providers that will show Hart to Hart in Australia. If Hart to Hart will appear with other providers further down the line, this table will be updated.

The cast of Hart to Hart

Hart to Hart is a great Action movie, we’ve selected several other movie options that we think you would like to stream if you have watched Hart to Hart

Hart to Hart is a great action show, we’ve selected several other show options that we think you would like to stream if you have watched Hart to Hart