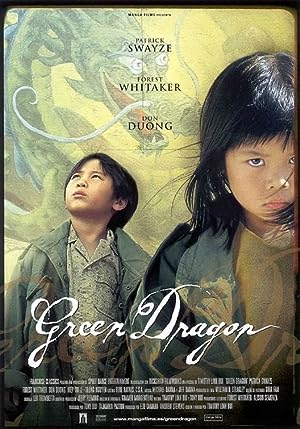 How to Watch Green Dragon 2001 Online in Australia

What is Green Dragon about?

A tale about Vietnamese refugees sent to an orientation camp on the Camp Pendleton Marine Base in California, 'Green Dragon' focuses on a young boy and his sister. Set in 1975, the film chronicles the stories told to the two children by other refugees in the camp and of Tai Tran, who dares to introduce himself to Sergeant Jim Lance. In developing a relationship with Lance, Tran is able to improve conditions and communication for all in the refugee camp.

Where to watch Green Dragon

Which streaming providers can you watch Green Dragon on

Here is the comprehensive list of streaming providers that will show Green Dragon in Australia. If Green Dragon will appear with other providers further down the line, this table will be updated.

The cast of Green Dragon

Green Dragon is a great Drama movie, we’ve selected several other movie options that we think you would like to stream if you have watched Green Dragon

Green Dragon is a great drama show, we’ve selected several other show options that we think you would like to stream if you have watched Green Dragon