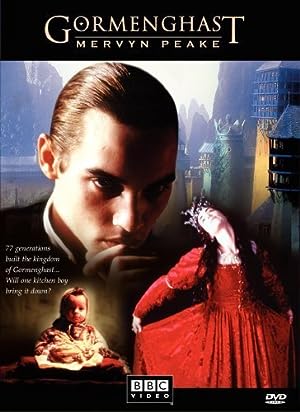 How to Watch Gormenghast Online in Australia

The cast of Gormenghast

What is Gormenghast about?

Gormenghast is an ancient city-state which primarily consists of a rambling and crumbling castle. The narrative, based on the first two of the three Gormenghast novels by Mervyn Peake, begins with the birth of a son, Titus, to the 76th Earl, Sepulchrave Groan, and Countess Gertrude. This mismatched pair (he'd prefer the melancholy privacy of his library; she'd prefer the company of her menagerie of cats and birds) also have a teenaged daughter, Fuchsia, who resents her new brother but comes to love him dearly. Simultaneously, a young kitchen apprentice, Steerpike, takes advantage of an altercation between head cook Swelter and the Earl's manservant, Mr. Flay, and escapes from the kitchens. Gormenghast is rigidly feudal in structure, but Steerpike has ambitions. He befriends the imaginative, yearning Fuchsia, and through her becomes apprenticed to the castle physician, Dr. Prunesquallor, who lives with his man-hunting sister Irma. This position allows Steerpike to work his way into the favour of the Earl's discontented twin sisters, Cora and Clarice, who feel displaced by Gertrude. The Earl's library mysteriously burns during a family gathering there, and subsequently the Earl goes fatally mad, and Steerpike gains a position with the castle's Master of Ritual. As Titus grows into childhood then adolescence, he chafes at the restrictions of Gormenghast's ritual-bound way of life and seeks ways of escape. He grows to resent and despise the ever-more ambitious Steerpike, who is gradually pursuing Titus's beloved sister Fuchsia. When Steerpike becomes Master of Ritual himself (although he's scarred for life in the fire that kills his predecessor), Titus decides he's had enough. But significant acts of treachery, which he discovers with the help of faithful Mr. Flay and the doctor (whose sister meanwhile has snagged the Gormenghast schoolmaster), force Titus's hand, and Steerpike must run, and fight, for his life, over the rooftops of a Gormenghast flooded by torrential rains.

Where to watch Gormenghast