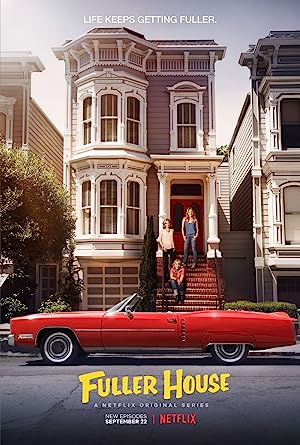 How to Watch Fuller House Online in Australia

What is Fuller House about?

Fuller House is a spin-off series based on the hit ABC family sitcom Full House (1987-95) created and executive produced by Jeff Franklin for Netflix. D.J. Tanner-Fuller (Candace Cameron-Bure) is a recently widowed mom to a 13-year-old named Jackson (Michael Campion), 7-year-old named Max (Elias Harger), and a newborn son named Tommy (Fox and Dashiell Messitt). After realizing she is unable to cope with the demands of holding a full time job as a veterinarian in addition to raising three kids, her sister Stephanie (Jodie Sweetin) and childhood best friend Kimmy (Andrea Barber), who is also the mother of a 13-year-old daughter (Soni Bringas), offer to move in to bring up her children.

Where to watch Fuller House

Which streaming providers can you watch Fuller House on

Here is the comprehensive list of streaming providers that will show Fuller House in Australia. If Fuller House will appear with other providers further down the line, this table will be updated.

The cast of Fuller House

Fuller House is a great Comedy movie, we’ve selected several other movie options that we think you would like to stream if you have watched Fuller House

Fuller House is a great comedy show, we’ve selected several other show options that we think you would like to stream if you have watched Fuller House