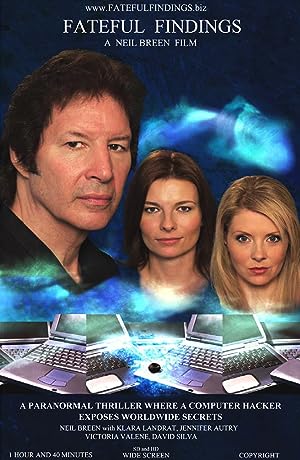 How to Watch Fateful Findings 2013 Online in Australia

The cast of Fateful Findings

What is Fateful Findings about?

A small boy discovers a mystical power as a child. He is then separated from his childhood girlfriend. He grows up to be a computer scientist who is hacking into the most secret national and international secrets, as well as being an acclaimed novel writer. His childhood 'finding' gives him amazing paranormal powers. He is reunited with the childhood girlfriend, mystically, on his hospital deathbed... as his relationship with his current drug addict girlfriend is deteriorating. The passions build between the threesome. Mystical, psychiatric and worldly forces rise to prevent him from revealing the hacked secrets. He attempts to reveal all in a Washington DC large press conference, with 'fateful' and dangerous consequences.

Where to watch Fateful Findings