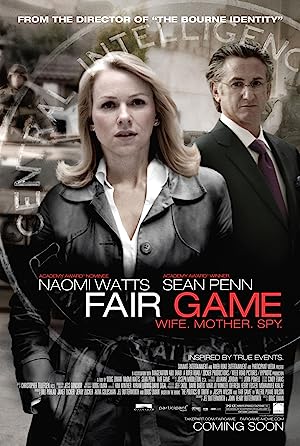 How to Watch Fair Game 2010 Online in Australia

The cast of Fair Game

What is Fair Game about?

Plame's status as a CIA agent was revealed by White House officials allegedly out to discredit her husband after he wrote a 2003 New York Times op-ed piece saying that the Bush administration had manipulated intelligence about weapons of mass destruction to justify the invasion of Iraq.

Where to watch Fair Game