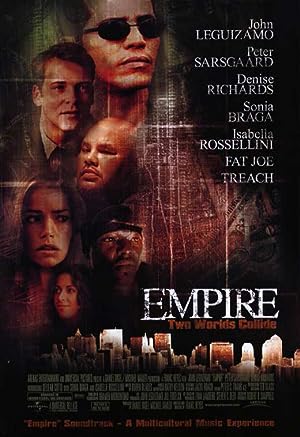 How to Watch Empire 2002 Online in Australia

What is Empire about?

A big time drug dealer Victor Rosa is looking to get out of the game and sees his chance with a big deal and a new friend who happens to be a Wall St. stockbroker. Thinking this will be his chance to go out on top, Victor soon finds out that he has been double crossed and his last option is to get revenge.

Where to watch Empire

Which streaming providers can you watch Empire on

Here is the comprehensive list of streaming providers that will show Empire in Australia. If Empire will appear with other providers further down the line, this table will be updated.

The cast of Empire

Empire is a great Crime movie, we’ve selected several other movie options that we think you would like to stream if you have watched Empire

Empire is a great crime show, we’ve selected several other show options that we think you would like to stream if you have watched Empire