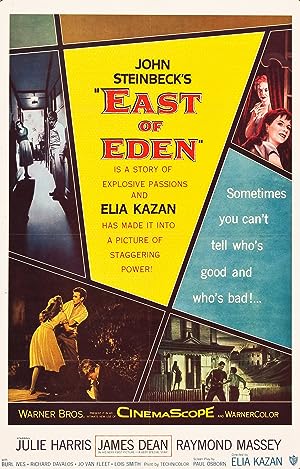 How to Watch East of Eden 1955 Online in Australia

What is East of Eden about?

In the Salinas Valley, in and around World War I, Cal Trask feels he must compete against overwhelming odds with his brother Aron for the love of their father Adam. Cal is frustrated at every turn, from his reaction to the war, to how to get ahead in business and in life, to how to relate to estranged mother.

Where to watch East of Eden

Which streaming providers can you watch East of Eden on

Here is the comprehensive list of streaming providers that will show East of Eden in Australia. If East of Eden will appear with other providers further down the line, this table will be updated.

The cast of East of Eden

East of Eden is a great Drama movie, we’ve selected several other movie options that we think you would like to stream if you have watched East of Eden

East of Eden is a great drama show, we’ve selected several other show options that we think you would like to stream if you have watched East of Eden