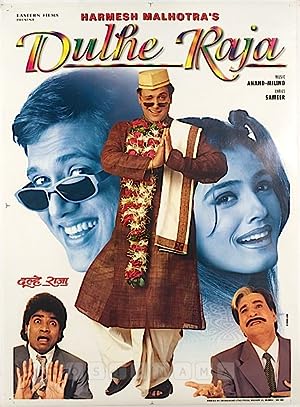 How to Watch Dulhe Raja 1998 Online in Australia

The cast of Dulhe Raja

What is Dulhe Raja about?

Poor Raja opens a fast food restaurant right opposite a five star hotel run by it's owner Singhania, earning his wrath. The wealthy hotel owner uses all his influence to remove Raja, but in vain. Things get worse for the wealthy man, when his daughter Kiran wants to marry the poor hotelier. The wealthy man refuses, leading to a confrontation and a condition - which Raja fulfills, he becomes rich virtually overnight, and proposes for the hand of Kiran. The wealthy hotelier reluctantly accepts him as his son-in-law, only to have Kiran elope with a man named Rahul.

Where to watch Dulhe Raja