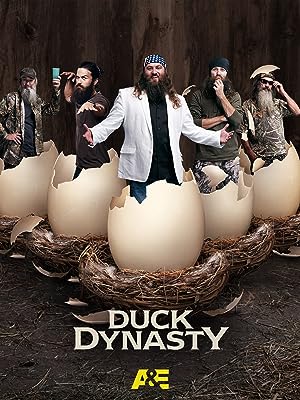 How to Watch Duck Dynasty Online in Australia

What is Duck Dynasty about?

Series introduces the Robertsons, a Louisiana bayou family living the American dream as they operate a thriving business while staying true to their family values and lifestyle. Ask anyone in Louisiana and they'll tell you that the bayou state's favorite first family doesn't live in the governor's mansion but in the backwoods, where the Robertsons' rags-to-riches story is still unfolding. A homegrown mom-and-pop operation, Duck Commander has become a sporting empire by fabricating top-of-the-line duck calls and decoys out of salvaged swamp wood. This newly minted multimillionaire family is kept in line by business-savvy Willie, who runs Duck Commander with the help of his brother Jase, their respective wives Korie and Missy, patriarch and founder of the company, Phil, and uncle Si. Together they run a booming business that employs half their neighborhood, but at the end of the day, you can find the whole family around matriarch Miss Kay's dinner table.

Where to watch Duck Dynasty

Which streaming providers can you watch Duck Dynasty on

Here is the comprehensive list of streaming providers that will show Duck Dynasty in Australia. If Duck Dynasty will appear with other providers further down the line, this table will be updated.

The cast of Duck Dynasty

Duck Dynasty is a great Comedy movie, we’ve selected several other movie options that we think you would like to stream if you have watched Duck Dynasty

Duck Dynasty is a great comedy show, we’ve selected several other show options that we think you would like to stream if you have watched Duck Dynasty