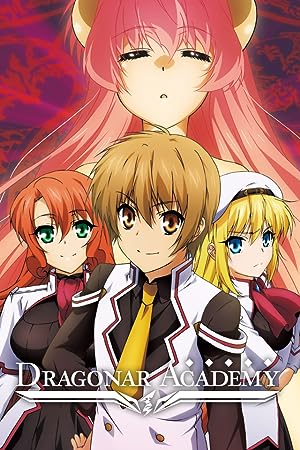 How to Watch Dragonar Academy Online in Australia

What is Dragonar Academy about?

In a land of dragons, citizens called breeders train their dragon pals. Races of dragons are born from breeders who are marked with Seikoku, also known as star brands. Learning to ride and tame dragons comes easy to most students at Ansarivan Dragonar Academy - except for Ash Blake, a first-year student who is known by his classmates as the "problem child." Despite his unusually large star brand that marks him as a future dragon master, his dragon has never appeared. Until now, that is. One day, while challenging fellow student, princess Silvia Lautreamont, to a dragon race, Ash's dragon appears, but in a form different than any dragon ever seen before - a beautiful girl. Ash names her Eco and soon discovers that this new dragon has attitude to spare, as she promptly informs him that she is the master, and he, her servant. Ash's problems with dragon riding have only just begun.

Where to watch Dragonar Academy

Which streaming providers can you watch Dragonar Academy on

The cast of Dragonar Academy

Dragonar Academy is a great Action movie, we’ve selected several other movie options that we think you would like to stream if you have watched Dragonar Academy

Dragonar Academy is a great action show, we’ve selected several other show options that we think you would like to stream if you have watched Dragonar Academy