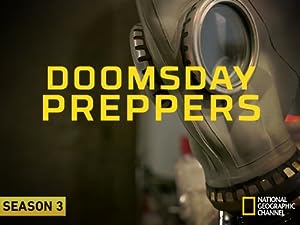 How to Watch Doomsday Preppers Online in Australia

What is Doomsday Preppers about?

Individuals all across America who have one thing in common - they are prepping for the end of the world.

Where to watch Doomsday Preppers

Which streaming providers can you watch Doomsday Preppers on

The cast of Doomsday Preppers