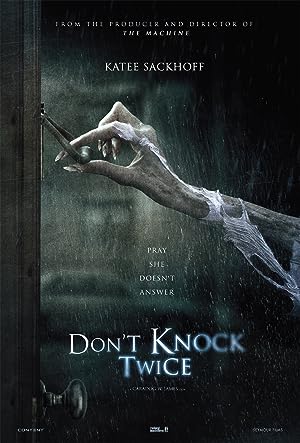 How to Watch Don't Knock Twice 2016 Online in Australia

The cast of Don't Knock Twice

What is Don't Knock Twice about?

The sculptor Jess unsuccessfully tries to retrieve the custody of her teenage daughter Chloe. During the night, Chloe and her boyfriend Danny play a prank challenging an urban legend: and they knock twice on the door of the witch Mary Aminov. Soon Danny is hunted down by a fiend and vanishes. When Chloe is haunted by the evil spirit, she flees to the house of her estranged mother and her husband Ben to stay with her mother. Soon the demon finds her and haunts the house while Ben is traveling. Jess' model Tira sees darkness around Chloe and she researches the Internet about the mystery. Meanwhile Detective Boardman is investigating the disappearance of Danny and suspects Jess is manipulating her troubled daughter.

Where to watch Don't Knock Twice