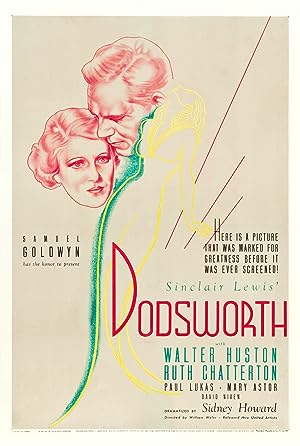 How to Watch Dodsworth 1936 Online in Australia

What is Dodsworth about?

A bittersweet tale of the increasing estrangement of a retired automobile tycoon and his wife. Increasingly obsessed with maintaining an appearance of youth, she falls in with a crowd of frivolous socialites during their "second honeymoon" European vacation. He, in turn, meets a woman who is everything she is not: self-assured, self-confident, and able to take care of herself.

Where to watch Dodsworth

Which streaming providers can you watch Dodsworth on

Here is the comprehensive list of streaming providers that will show Dodsworth in Australia. If Dodsworth will appear with other providers further down the line, this table will be updated.

The cast of Dodsworth

Dodsworth is a great Drama movie, we’ve selected several other movie options that we think you would like to stream if you have watched Dodsworth

Dodsworth is a great drama show, we’ve selected several other show options that we think you would like to stream if you have watched Dodsworth