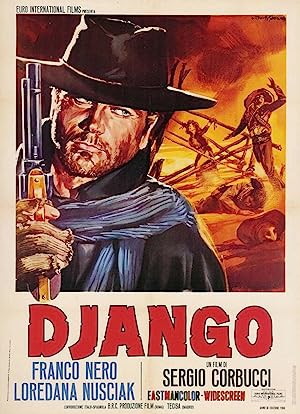 How to Watch Django 1966 Online in Australia

The cast of Django

What is Django about?

In the opening scene a lone man walks, behind him he drags a coffin. That man is Django. He rescues a woman from bandits and, later, arrives in a town ravaged by the same bandits. The scene for confrontation is set. But why does he drag that coffin everywhere and who, or what, is in it?

Where to watch Django