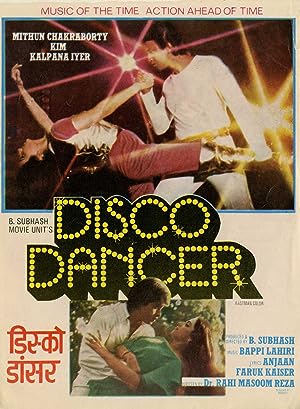 How to Watch Disco Dancer 1982 Online in Australia

The cast of Disco Dancer

What is Disco Dancer about?

Jimmy promises to return to Bombay and become a famous entertainer so that he can exact revenge on Mr. Oberoi for having insulted and imprisoned his mother on false charges. He falls in love with Oberoi's daughter and causes Sam Oberoi's nervous breakdown when he takes over as popular disco dancer. Oberoi, in an attempt to get rid of Jimmy, accidentally kills his mother, and Jimmy is devastated and unable to perform. Will he rise above the tragedy, sing again, and avenge his mother's death?

Where to watch Disco Dancer