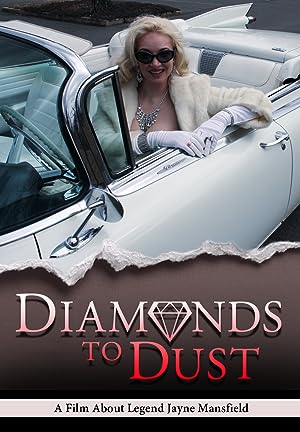 How to Watch Diamonds to Dust 2014 Online in Australia

What is Diamonds to Dust about?

In 1957, Golden Globe winner Jayne Mansfield would become one of the most iconic blond bombshells of the 20Th Century. She possessed an IQ of 163, played violin and piano at a concert level, had a degree in Science, spoke 5 languages fluently, and yet became a celebrity by portraying a 'dumb blond.' By the age of 23 she became the most publicized Hollywood star in the world, but her success was short lived. Five children, three ex-husbands, countless love affairs, and addictions to diet pills and booze took its toll on Mansfield, and in 1967 a grisly car accident ended her life. This film features many of Jayne Mansfield's personal items, and focuses on the turbulent final years of the troubled star's career.

Where to watch Diamonds to Dust

Which streaming providers can you watch Diamonds to Dust on

The cast of Diamonds to Dust