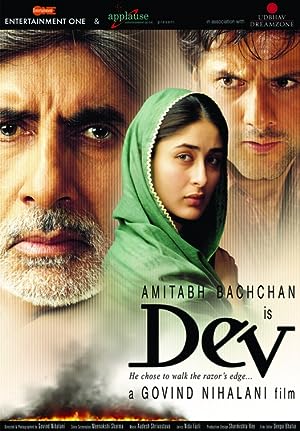 How to Watch Dev 2004 Online in Australia

What is Dev about?

Joint Commissioner of Police Dev Pratap Singh, a duty-bound, self-righteous officer, and Special Commissioner Tejinder Khosla, the balancing force between the political interests of Chief Minister Bhandarker and Dev's commitment to the law, are lifelong friends, each with his own ideals. Farhaan, a law graduate, was brought up with ideals of non-violence and patriotism. Dev unwittingly gives Farhaan the wound that plunges him into rage and violence after witnessing the death of his father during a peace demonstration. Taking advantage of the situation, corrupt politician Latif sets the vulnerable young man on a path of violence and destruction that threatens to ignite the city. Aalyn is the light in Farhaan's life. Beautiful and innocent, the young woman also gets caught in extraordinary circumstances that transform her life and she dares to stand up for the truth.

Where to watch Dev

Which streaming providers can you watch Dev on

Here is the comprehensive list of streaming providers that will show Dev in Australia. If Dev will appear with other providers further down the line, this table will be updated.

The cast of Dev

Dev is a great Drama movie, we’ve selected several other movie options that we think you would like to stream if you have watched Dev

Dev is a great drama show, we’ve selected several other show options that we think you would like to stream if you have watched Dev