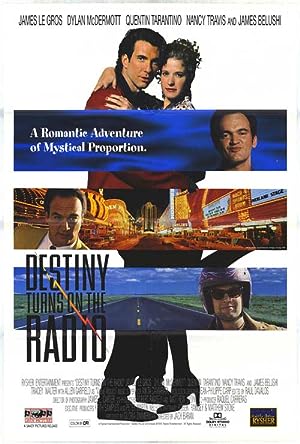 The cast of Destiny Turns on the Radio

What is Destiny Turns on the Radio about?

Johnny Destiny burns into Las Vegas in his hot Plymouth RoadRunner, stopping only to pick up a stranger stranded in the desert. But then, things aren't always as they seem. Anything can happen in that town of many possibilities...especially since there's been some weird electrical disturbances. As the stranger, fresh out of prison, tries to put his life back together--to recover his money from an old bank heist and the girl he lost in doing the job--something keeps interfering with his plans. Is it fate...or just Destiny?

Where to watch Destiny Turns on the Radio

More Comedy movies like Destiny Turns on the Radio

More Comedy tv shows like Destiny Turns on the Radio