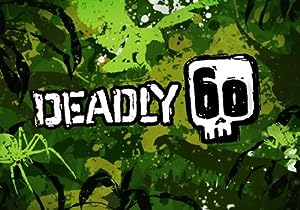 How to Watch Deadly 60 Online in Australia

What is Deadly 60 about?

A lightly presented nature documentary series. In each season, adventurous British zoologist Steve Backshall travels around the world to select sixty of the most deadly and interesting animal species, from insects to giants, many predators, others just armed with deadly defensive means. Every episode yields three or more of them, with something in common, such as the geographical environment, or a mode of killing. A few extra episodes are dedicated to extras such as 'the making of'.

Where to watch Deadly 60

Which streaming providers can you watch Deadly 60 on

Here is the comprehensive list of streaming providers that will show Deadly 60 in Australia. If Deadly 60 will appear with other providers further down the line, this table will be updated.

The cast of Deadly 60

Deadly 60 is a great Documentary movie, we’ve selected several other movie options that we think you would like to stream if you have watched Deadly 60

Deadly 60 is a great documentary show, we’ve selected several other show options that we think you would like to stream if you have watched Deadly 60