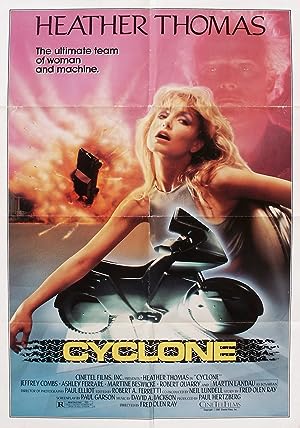 How to Watch Cyclone 1987 Online in Australia

The cast of Cyclone

What is Cyclone about?

Rick has developed the ultimate motorcycle, the Cyclone. It is a $5 million bike equipped with rocket launchers and laser guns. Rick meets his fate and it is up to his girlfriend Teri to keep the Cyclone from falling into the wrong hands. Teri can trust no one but herself.

Where to watch Cyclone