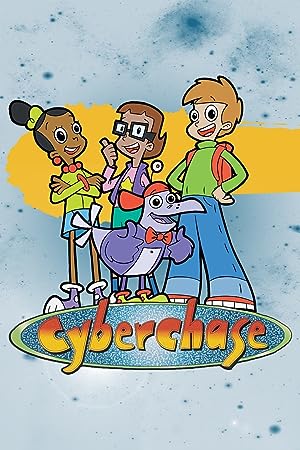 How to Watch Cyberchase Online in Australia

What is Cyberchase about?

CYBERCHASE takes kids on a wild ride through cyberspace where they are challenged to use the power of math in a classic good-versus-evil battle. When the dastardly villain Hacker (played deliciously by Christopher Lloyd) launches a mad mission to conquer the virtual universe, Motherboard calls upon three Earth kids for help. They are Jackie, Matt and Inez - the heroes of CYBERCHASE - who travel from their real-world realm, along with the wise-cracking cyber-bird Digit (comic actor Gilbert Gottfried), to the colorful virtual vistas of cyberspace where they vanquish the bad guys in an all-out battle of wits. Each episode takes the kids on a thrilling adventure driven by a different math concept - from tackling time in ancient Egyptian tombs, to cracking codes in creepy caves, or making sense of numbers in a fractured fairy tale world. In their quest, the heroes use minds, not muscles, to overcome obstacles and danger everywhere. Every episode of CYBERCHASE concludes with a "For Real" live action segment in which a young comic actor encounters a situation which reinforces the math concept explored in the animated story line.

Where to watch Cyberchase

Which streaming providers can you watch Cyberchase on

Here is the comprehensive list of streaming providers that will show Cyberchase in Australia. If Cyberchase will appear with other providers further down the line, this table will be updated.

The cast of Cyberchase

Cyberchase is a great Adventure movie, we’ve selected several other movie options that we think you would like to stream if you have watched Cyberchase

Cyberchase is a great adventure show, we’ve selected several other show options that we think you would like to stream if you have watched Cyberchase