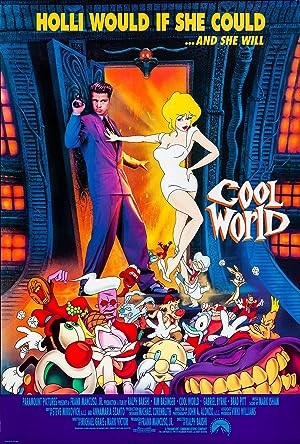 How to Watch Cool World 1992 Online in Australia

The cast of Cool World

What is Cool World about?

When cartoonist Jack Deebs was behind bars, he found escape by creating "Cool World", a cartoon series featuring a voluptuous femme fatale named Holli Would. But the cartoonist becomes a prisoner of his own fantasies when Holli transports Jack into Cool World with a scheme to seduce him and bring herself to life. A hard-boiled detective--the only other human in Cool World--cautions Jack with the law: Noids (humans) don't have sex with doodles (cartoons). However, the flesh proves weaker than ink as Holli takes human form in Las Vegas, staring in a trans-universal chase that threatens the destruction of both worlds. With a splashy combination of animation and live-action sequences, "Cool World" delivers the hottest action around.

Where to watch Cool World