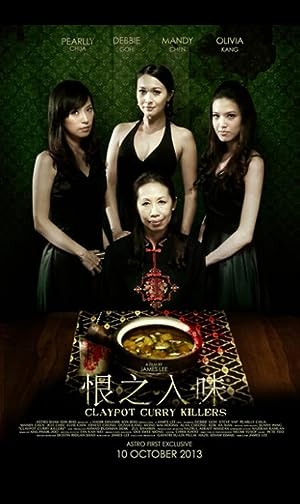 How to Watch Claypot Curry Killers 2011 Online in Australia

What is Claypot Curry Killers about?

Mrs. Chew and her three daughters run a small but flourishing restaurant. Most of the customers come for the house specialty: Homemade Curry - cooked from an old family recipe. Nobody suspects that the special ingredient that turns Mrs Chew's curry from standard fare into a gourmet's delight is human flesh! Every night the delectable Chew girls go a-hunting for prime specimens of man meat, luring them back home where they can be sliced, diced, gutted and sent straight into the curry pot. When their secret becomes endangered, will Mrs Chew and her family face the same fate as their victims, or will they end up with more meat than they know what to do with? Twice banned in its homeland, CLAYPOT CURRY KILLERS is a gloriously gruesome gastronomical adventure in the scandalous spirit of EBOLA SYNDROME and MEAT GRINDERS. Yummy!

Where to watch Claypot Curry Killers

Which streaming providers can you watch Claypot Curry Killers on

The cast of Claypot Curry Killers